First to Land on a Moving Warship 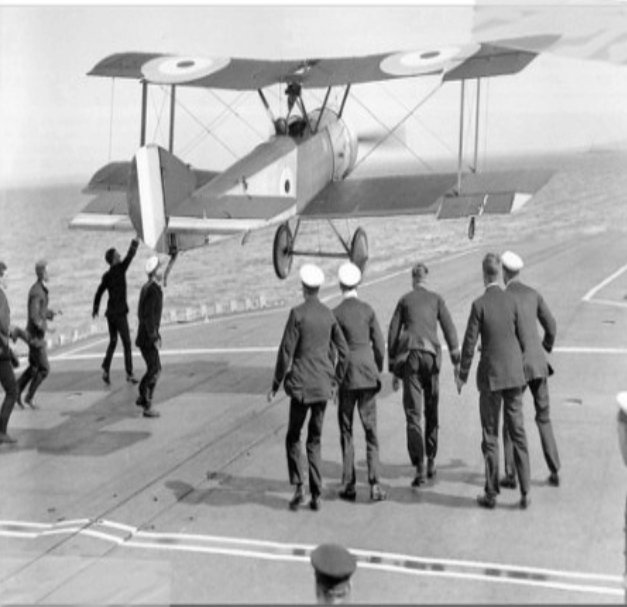 Squadron Commander Edwin Harris Dunning (Royal Naval Air Service) made aviation history when on August 2, 1917 he became the first person to land an aircraft on the deck of a ship underway, thus paving the path to the modern fleet carrier force.

The central positioning of funnels, bridge and other structures on a warship left insufficient clear deck to permit a plane to land onboard, thus, hitherto, all aircraft launched from ships and out of range of land had to come down on the sea beside the mother ship and be winched back onboard, a hazardous exercise at the best of times and overly fraught with danger in conflict, when a stationary ship presented an easy target for lurking submarines. The alternative was to ditch the plane and at least rescue the pilot. Since airpower was even then considered to be a potential threat to the largest ships afloat because of its ability to launch a torpedo attack out of range of an enemy’s big guns, as well as providing accurate spotting of enemy formations at long distance, it became clear that a more useful mechanism was required to recover planes at the end of their sorties.

Dunning conceived the audacious plan to fly alongside the ship, HMS Furious, then underway in Scapa Flow, heading into wind until he came abreast of the bridge and then side-slip his plane onto the deck cleared for the purpose running from the bridge to the prow. As any pilot will confirm, side-slipping requires a delicate touch on the controls and good distance judgement if the down wing is not to hit the ground before the plane is levelled for landing. Hard enough to do on land without a cross wind, but perilous in the extreme onto a ship heaving on a swell and buffeted by the unpredictable gusts formed by onrushing air hitting the vessel. 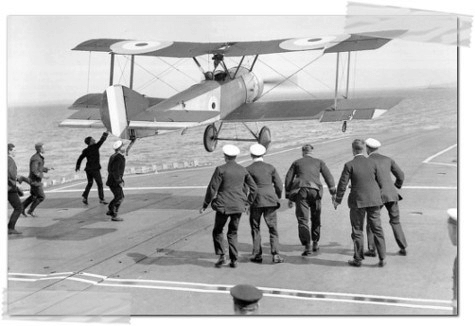 Dunning flew his Sopwith Pup with great precision and accomplished the first ever landing of a ship underway. The Admiralty later said this of this feat:

“The Admiralty wish you to know what great service he performed for the Navy. It was in fact a demonstration of landing an Aeroplane on the deck of a Man-of-War whilst the latter was under way. This had never been done before, and the data obtained was of the upmost value. It will make Aeoplanes indispensable to a fleet and possibly revolutionise Naval Warfare. The risk taken by Squadron Commander Dunning needed much courage.”

Dunning performed the feat twice more and insisted on a further attempt on 7 August, 1917 before other pilots were allowed to try, but as he came in for his landing an engine malfunction caused his plane to fall onto the deck and despite the frantic efforts of deck crew to halt the runaway plane, a gust of wind carried it over the edge, plunging the Pup into the sea. Dunning was knocked unconscious and drowned in his cockpit. 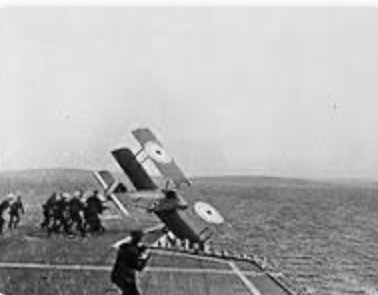 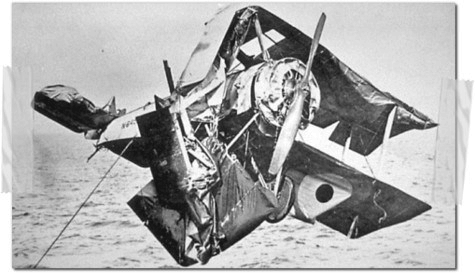