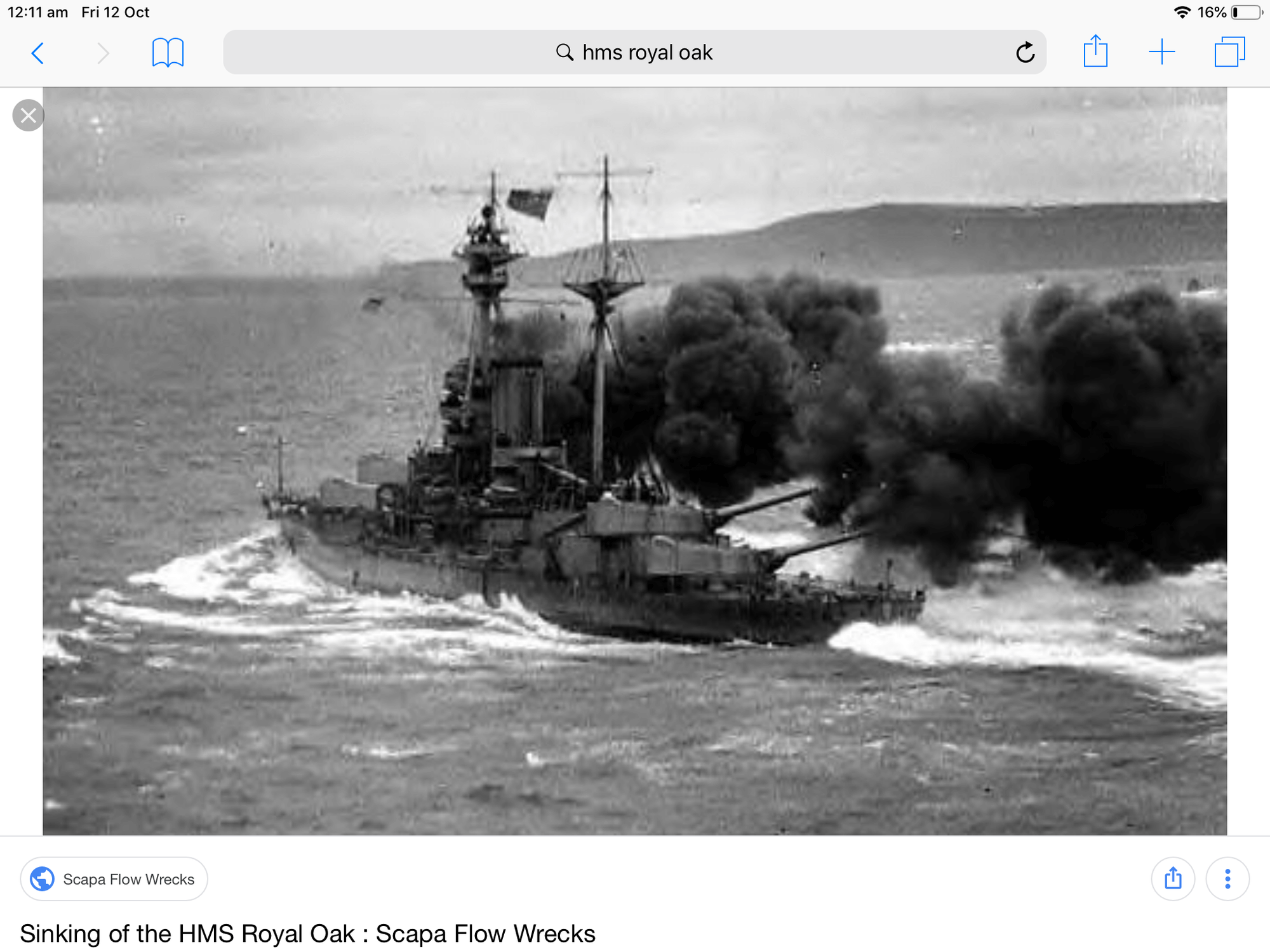 HMS Royal Oak was one of five Revenge-class battleships built for the Royal Navy during the First World War. Launched in 1914 and completed in 1916, Royal Oak first saw combat at the Battle of Jutland as part of the Grand Fleet. In peacetime, she served in the Atlantic, Home and Mediterranean fleets, more than once coming under accidental attack. The ship drew worldwide attention in 1928 when her senior officers were controversially court-marshalled. Attempts to modernise Royal Oak throughout her 25-year career could not fix her fundamental lack of speed and by the start of the Second World War, she was no longer suited to front-line duty.

On 14 October 1939, Royal Oak was anchored at Scapa Flow in Orkney, Scotland, when she was torpedoed by the German submarine U-47. Of Royal Oak‍ 's complement of 1,234 men and boys, 833 were killed that night or died later of their wounds. The loss of the old ship-the first of the five Royal Navy battleships and battle cruisers sunk in the Second World War-did little to affect the numerical superiority enjoyed by the British navy and its Allies, but the sinking had considerable effect on wartime morale. The raid made an immediate celebrity and war hero out of the U-boat commander,Günther Prien, who became the first German submarine officer to be awarded the Knight's Cross of the Iron Cross. Before the sinking of Royal Oak, the Royal Navy had considered the naval base at Scapa Flow impregnable to submarine attack, and U-47‍ 's raid demonstrated that the German Navy was capable of bringing the war to British home waters. The shock resulted in rapid changes to dockland security and the construction of the Churchill Barriers around Scapa Flow.

The wreck of Royal Oak, a designated war grave, lies almost upside down in 100 feet (30 m) of water with her hull 16 feet (4.9 m) beneath the surface. In an annual ceremony to mark the loss of the ship, Royal Navy divers place a White Ensign underwater at her stern. Unauthorised divers are prohibited from approaching the wreck at any time under the Protection of Military Remains Act 1986.