The Salvage in Scapa Flow 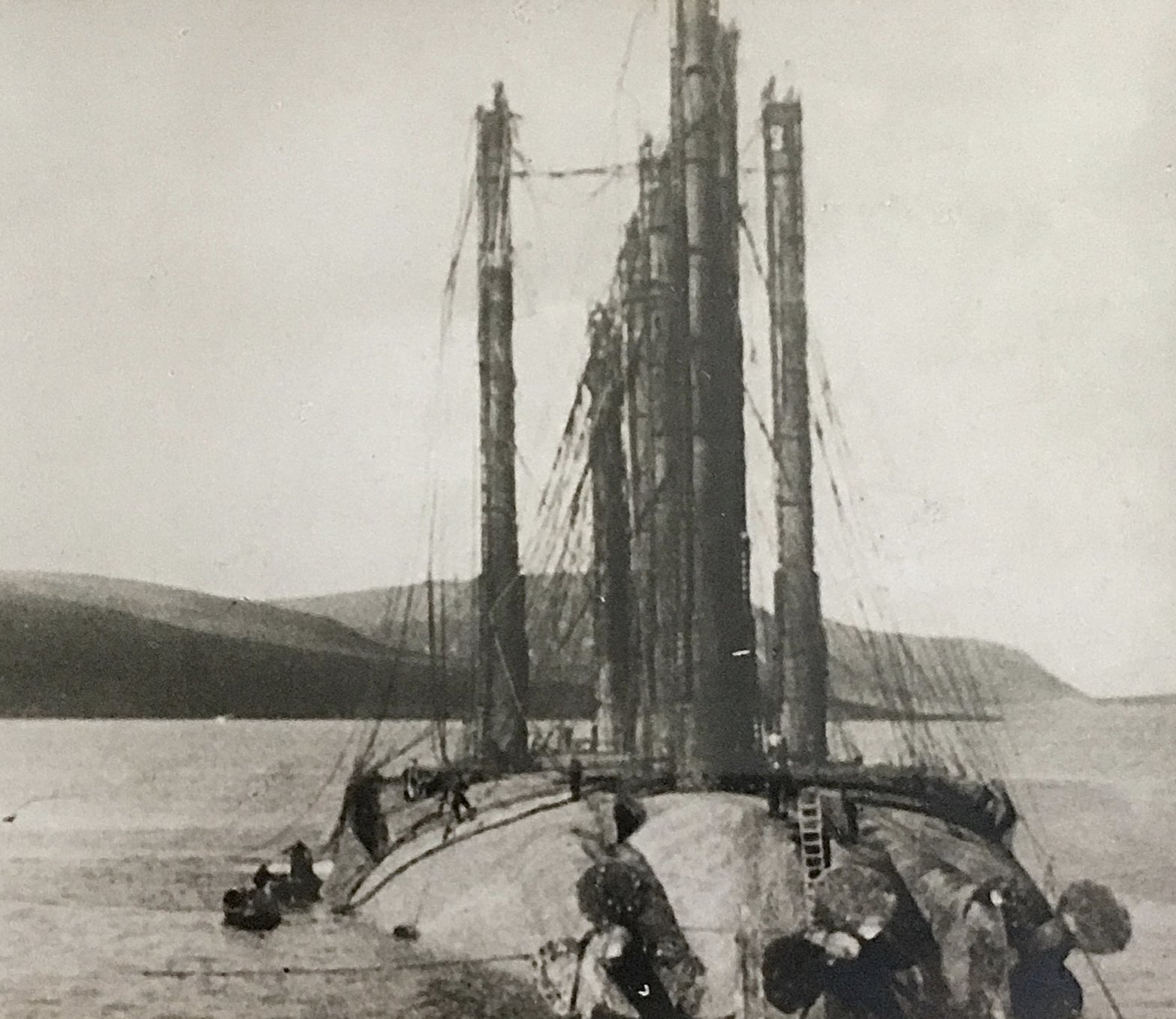 During the 1920s and 1930s the majority of the scuttled ships of the German High Seas Fleet were raised. It was one of the largest maritime salvage operations in history. Of the 52 ships that sank, only 7 remain beneath the waters of Scapa Flow.

The initial salvaging operations began as early as 1919 and concentrated on the removal of many of the blockships. This was to allow the Holm and Burray piers, as well as the herring stations, to be used again. The first successful salvage operations on the German High Seas Fleet came in 1922 and were led by Jack Moar from the Orkney Island of Hoy. He started with the destroyer G89.

The salvage operations stepped up a gear over the next decade with Cox and Danks Ltd raising a total of 32 ships for the valuable steel in their hulls. Most of the salvage work pre-dated WWII but some operations continued until 1979. Seven ships were never raised and today these provide some of the best wreck diving the world has to offer.

Jack Moar, who worked in one of the forges in Stromness, was part of a syndicate that bought the German destroyer G89. It was lying in shallow water off Fara and in December 1922 it was refloated and towed to Stromness Harbour where it was hauled ashore at the North End.

The Shetlander JW Robertson formed this company in Lerwick and bought four destroyers for breaking. He purchased two concrete barges from the Admiralty and set up a framework of girders across the gap between them. Two huge buoyancy bags were attached to a sunken vessel and then steel cables were threaded underneath the ship. The cables would then be wound in. This technique proved successful on the smaller vessels.

Cox and Danks Ltd comprised steel and iron merchants in London and engineers and shipbreakers in Kent. The firm bought 26 of the destroyers and two of the bigger ships, including the battlecruiser Hindenburg in 1924. Ernest Cox was the sole partner in the firm at the time, having bought out his partner Tommy Danks.

Cox had no experience in salvage operations, but was a brilliant engineer. He bought a huge floating dock - which had been seized by Britain as part of the reparations for scuttling the fleet - along with two ex-Admiralty sea-going tugs. The dock went to Mill Bay on Hoy to be near Cox's headquarters at Lyness (Hewison, 1985: 181-2).

Cox's first salvage attempt was the torpedo boat destroyer V70 in 1924. The floating dock was cut into two L-shaped sections, which were manoeuvred into position on either side of V70. After a failed and dangerous attempt, which resulted in chains placed underneath the vessel breaking, wire cables were used instead. On 4 August 1924 and after six weeks of work, Cox was able to beach V70. He was furious to discover that locals had already removed the valuable torpedo tubes (MacDonald, 1990: 38).

By 1 May 1926, Cox had taken up all 26 of his destroyers and had started work on the Hindenburg. This had been one of the largest ships in the Kaiser's navy at just over 26,000 tons. The Hindenburg had sunk on an even keel in about 21 metres of water - a comparatively shallow depth. The ship's superstructure jutted above the surface and was a prominent seamark for miles around.

A few setbacks meant it was some years before the Hindenburg was raised, despite the fact it was lying in shallow water. One such setback were miners' strikes, which resulted in a shortage of coal to fire the steam pumps. Thankfully the battlecruiser Seyditz was scuttled with full coalbunkers and part of its hull remained above water. It didn't take long to cut away the armour-plating and recover the much needed coal (Hewison, 1985: 185-6). Cox finally raised the Hindenburg on 23 July 1930.

These companies took over the salvage operation in the 1930s and proved to be much more commercially successful than Cox. Whereas Cox was £10,000 down at the end of his eight year salvage operation, these companies were able to generate a profit of £50,000 on each of the larger ships, which included the battleships Bayern and Derfflinger.

Dougall Campbell bought out Arthur Nundy's salvage business in 1971. The business included land on Flotta as well as the old cinema and west pier. It also included land on Hoy, the Rinnigil Pier and the British ex-boom defence vessel the Barneath, which had a strong stern winch.

Campbell led operations to remove valuable armour plate from the remaining battleships. He also carried out blasting operations. The blasting tended to be done in the morning, with salvaging following in the afternoon