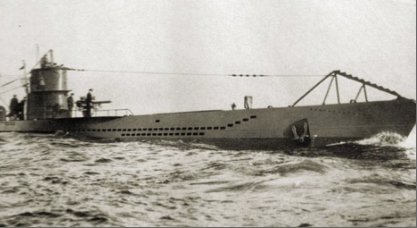 The German submarine U-47 was aType VIIB U-boat of Nazi Germany's Kriegs marine during World War II.She was laid down on 25 February 1937 at Friedrich Krupp Germaniawerft in Kiel as yard number 582 and went into service on 17 December 1938 under the command of Günther Prien.

During U-47‍ 's career, she sank a total of 31 enemy vessels and damaged eight more.She is also noted for the sinking of the British battleshipHMS Royal Oak on 14 October 1939.U-47 ranks as one of the most successful German U-boats of World War II.

Second patrol and the sinking of HMS Royal Oak 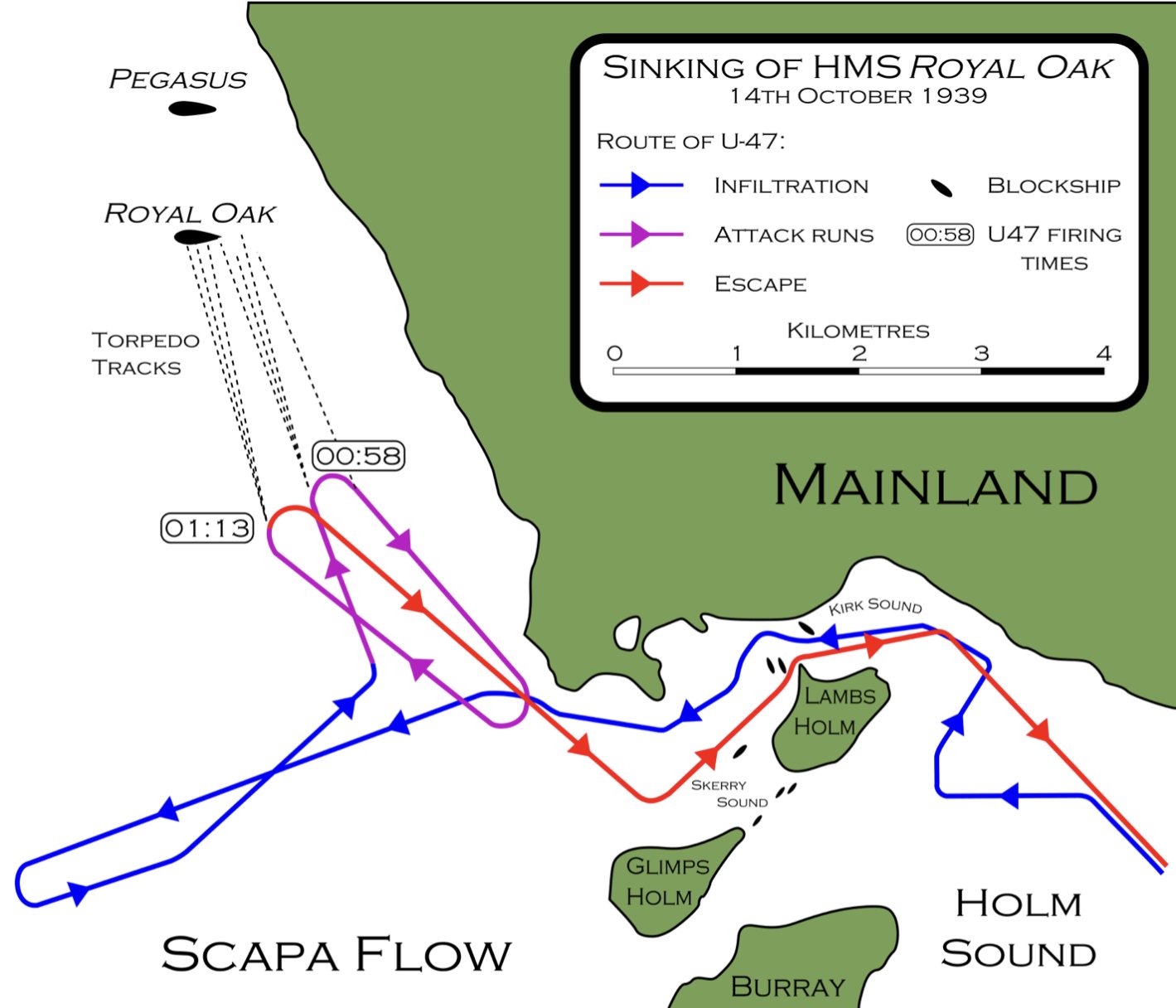 Infiltration of Scapa Flow by U-47

On 8 October 1939, U-47 began her second patrol. On 14 October 1939 (six days after leaving port), she succeeded in penetrating the Royal Navy's primary base at Scapa Flow. Although most of the Home Fleet was not at the base at the time, U-47managed to find a target, the battleship HMS Royal Oak. Once she had spotted Royal Oak, she opened fire with her torpedoes. Her first two salvos did nothing more than sever an anchor chain. After reloading the bow tubes the last salvo of three torpedoes struck the British warship, causing severe flooding. Taking on a list of 15 degrees, her open portholes were submerged, worsening the flooding and increasing the list to 45 degrees; Royal Oak sank within 15 minutes with the loss of over 800 men. Following the attack, Prien received the nickname Der Stier von Scapa Flow ("The Bull of Scapa Flow"); the emblem of a snorting bull was then painted on the conning tower of U-47 and the image soon became the emblem of the entire 7th U-boat Flotilla. Prien was awarded the Knight's Cross of the Iron Cross, the first sailor of a U-boat and the second member of the Kriegsmarine to receive this decoration. The rest of the crew members were awarded the Iron Cross.Two other U-47 crew members also earned the Knight's Cross of the Iron Cross later on during World War II: the chief engineer (Leitender Ingenieur) Johann-Friedrich Wesselsand 1st watch officer (I. Wachoffizier) Engelbert Endrass.

Many years later, in September 2002, one of the unexploded torpedoes that U-47 had fired during the attack on Royal Oak rose to the surface from its resting place on the bottom. The unexploded torpedo, minus its warhead, gradually drifted towards the shore, where it was spotted by a crewman aboard the Norwegian tanker Petrotrym. A Royal Navytugboat intercepted the torpedo, and after identifying it as having belonged to U-47 63 years earlier, EOD (explosive ordnance disposal) personnel discarded it a mile from shore.

U-47 went missing on 7 March 1941 and was believed to have been sunk by the British destroyer HMS Wolverine west of Ireland, when the submarine was attacked by Wolverine and HMS Verity. The British ships took turns covering each other's ASDIC blind spots and dropping patterns of depth charges until U-47 rose almost to the surface before sinking and then exploding with an orange flash visible from the surface, but it seems likely that the boat attacked there was U-A, part of the foreign U-Boat corps. To date, there is no official record of what happened to U-47 or her 45 crewmen, although a variety of possibilities exist, including mines, a mechanical failure, a victim of her own torpedoes, or possibly a later attack that did not confirm any claims by the corvette team of HMS Camellia and HMS Arbutus. U-47 had a crew of 47 officers and men during her last North Atlantic patrol in early 1941, all of whom were presumed to have died.