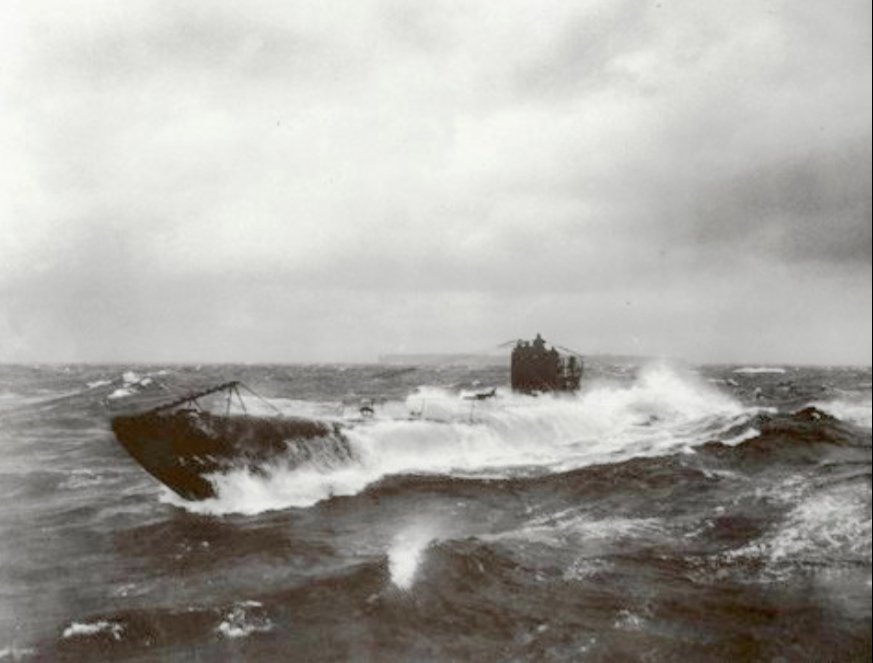 During World War I, UB-116 was tasked with penetrating Scapa Flow and taking out as many ships as possible to even the odds for a last attack by the German High Seas Fleet. An earlier attempt to confront the British Grand Fleet and bring them to battle had been frustrated by the Kiel sailor mutiny.

UB-116 left Heligoland U-boat base on 25 October 1918. German intelligence was poor at this stage of the war and they did not know that Scapa Flow had not been used since April 1918. The British Grand Fleet was, in fact, based at Rosyth on the Firth of Forth in anticipation of a planned last sortie by the Germans being further south.

The U-boat's captain Lieutenant JJ Emsmann had been advised to use Hoxa Sound as Royal Navy vessels had been seen, by other U-boats in the Pentland Firth, using this entrance to Scapa Flow.

However Hoxa Sound was protected by a minefield that was controlled from the shore. Hydrophones at Stanger Head on Flotta were the first to pick up the sound of UB-116's engines at 8.21 pm on 28 October 1918. As no friendly ships were expected the detector loops on the seabed were activated. These would generate an electric current when the magnetic field of any vessels that crossed them.

The U-boat was spotted when Emsmann came to periscope depth at 11.30pm to check his position. The mines were detonated and UB-116 was destroyed. She was the last U-boat sunk in World War I.

The wreck of the U-boat was raised in 1919 but foundered further into Scapa Flow (Larn and Larn, 1998). It lies at the mouth of Pan Hope, a large inlet on the east side of Flotta. The remains were sold for scrap in 1969 and most of the U-boat was dispersed during operations to retrieve the 10 live torpedoes still onboard by a controlled explosion and to clear the channel for the passage of large tankers.

The submarine is broken up and not very recognisable, the only really identifiable elements aside from plates, pipes, wires and so on are the ballast tanks and a deck gun. Despite some reports that the conning tower was raised shortly after the sinking and put on display at St Margaret's Hope it remains one of the few recognisable structures of the U-boat on the seabed